July 1, 2020 – On August 30, 2019, the law firm of Schlichter Bogard & Denton (SBD) filed suit against Union Pacific Railroad Company (UP) on behalf of conductor Erich Goeldner.  Employed as a conductor since 2006, Goeldner dislocated his left shoulder in August 2016 while exiting a locomotive.  He was diagnosed with a labral tear, which was surgically repaired.  After a successful medical recovery, Goeldner’s doctor authorized him in December to return to work without restrictions.

However, the railroad did not allow Goeldner to return to work.  In February 2017, UP’s medical director, Dr. John Holland, issued a Fitness for Duty Determination concluding that Goeldner was “unfit to continue working as a brakeman/conductor” and “imposed significant permanent restrictions” on his ability to work, despite never examining him. Goeldner’s requests, through his union, for evaluation by an independent doctor were rejected.

Goeldner filed a formal complaint with the Equal Employment Opportunity Commission (EEOC) in December of 2017, which found sufficient merit to the claim that UP had discriminated against him and granted him the right to file a lawsuit.  SBD filed the legal claim in federal court in Kansas City, MO, alleging disparate treatment based on a perceived disability, in violation of the Americans with Disabilities Act (ADA).

After nearly a year of litigation – including extensive investigation and protracted disputes over what incriminating documents the railroad would turn over – the court ordered the case to mediation.  In light of the novel challenges posed by the COVID-19 pandemic, the mediation was conducted via Zoom technology.  SBD was able to resolve the claim by requiring UP to reinstate Goeldner with full back pay and to cover all of his attorney’s fees.  It should also be noted that this appears to be the first successful resolution of a disability discrimination claim against UP since a federal appeals court disbanded a national class action on behalf of numerous workers.  Goeldner had opted out of that case in order to pursue his case individually, given the strong facts supporting his claim.  It is noteworthy that the medical director who issued the initial decision against Goeldner no longer works for UP.

According to SBD Senior Partner Nelson G. Wolff, “We are pleased to have achieved this optimal recovery for Erich, who did everything right, only to be turned away by the company for which he had labored so loyally during his career.  As he welcomes the opportunity to resume his career, we hope this blazes a pathway for other workers victimized by wrongful discrimination.”

Since our founding nearly forty years ago, Schlichter Bogard & Denton has championed the rights of railroad workers who have been injured or discriminated against on the job.  Our award winning Railroad Injury practice group is proud to continue this legacy today. 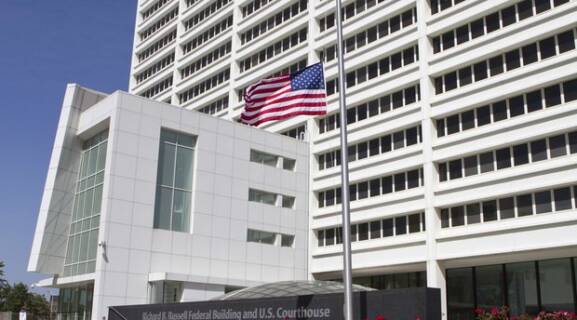