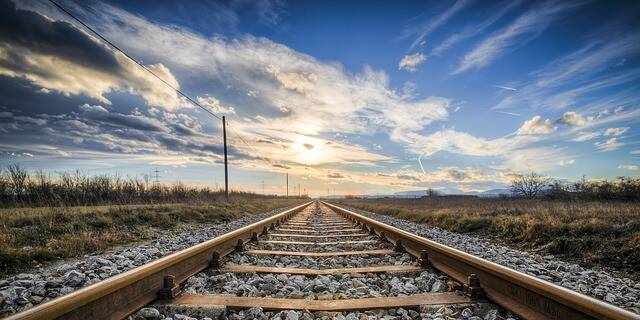 What qualifies as a hazardous safety condition under the Federal Rail Safety Act (“FRSA”)?

Beer with Fish and Chips, and a Side of Hazardous Safety Conditions

You work at one of the largest railroad carriers in the country. You begin and end your workday at the same time every day. You have never been required to work overtime or after hours. Your work is exemplary. However, in recent months, you have unexpectedly had to take off several days due to an ongoing family crisis. Other than these unavoidable missed days of work, you have not allowed your private troubles to interfere with your job.

One day, after work, you decide that you have earned a night out at a bar. Before you know it, you arrive and are having a great time with your friends. Suddenly, you receive a phone call. It’s your supervisor, demanding that you come back to work immediately due to an emergency. You glance at the multiple (now-empty) glasses of beer that you have already consumed and find yourself in an uncomfortable position. You believe that if you show up to work intoxicated, you pose a danger to yourself or others at the railroad. So, you tell your supervisor the truth: You have been drinking while off duty, and you do not feel as though you can safely come back to work. You apologize. Your supervisor pushes back, and you state: “I am reporting a hazardous safety condition. I cannot come to work intoxicated. I’m sorry.”

And the next day, you are fired.

The reason: Excessive absences, culminating in the absence on the night you went to the bar. The question: Could you report this to OSHA, as a violation of the Federal Rail Safety Act (“FRSA”)? Put another way: Were you discriminated/retaliated against for a “protected activity”—in this case, reporting the “hazardous safety condition” that was your intoxicated off-duty state?

The answer: Yes. You may have a claim.

If this scenario sounds vaguely familiar, it is because the U.S. Department of Labor’s Administrative Review Board (the “ARB”) tackled a strikingly similar question on June 4th, 2020, in a case called Cieslicki v. Soo Line Railroad Co. After Mr. Cieslicki was terminated “in retaliation for telling his employer that he could not report to work because he drank two glasses of wine with dinner,” he reported the termination to OSHA, which dismissed his claim. He next requested a hearing with the Office of Administrative Law Judges (OALJ) who also tossed aside his claim. Undeterred, he brought the matter before the ARB, who ruled in his favor, and essentially expanded the meaning of a “hazardous safety condition.” The ARB stated that the FRSA’s key language (“hazardous safety or security condition”) is “broad and general” and is not “limited to work-related conditions.” Indeed, the ARB held that the language “is broad enough to include impaired railroad workers who present a danger of death or serious injury if they were to work without reporting those hazardous conditions, or refusing to work because of their impaired condition.”

At the end of the day, the ARB stated that “the Department of Labor’s primary purpose, as regards the whistleblower protection provisions of FRSA, is safety,” and that this goal applies equally regardless of whether the “hazardous condition” relates to faulty equipment or the diminished capacity of a worker who runs perfectly-functioning equipment. The ARB recognized the dangerous power of “human error,” and wanted to avoid an “absurd” scenario in which a railroaded has to suddenly choose between pretending to be sober while showing up for work to avoid punishment, and being honest with their employer resulting in getting themselves fired.

That said, the ARB provided one important caveat: “If an employer decides to discipline an employee because the employee voluntarily chose to become impaired at a time when the employee knew that he should not be impaired (because he was on call, or because it is illegal), then the employer is not prohibited by the FRSA from taking disciplinary action.”

In other words, if you were still “on the clock” or “on-call” when you went to the bar and became intoxicated, then your FRSA claim could be in jeopardy.

B. Fish and Chips

The basics are still the same, including the fact
that you work the exact same hours every day,
and you’ve missed some work because of a
family crisis. You still perform exemplary work
and decide to go to a bar after work to celebrate your efforts. Before you know it, you’re having a great time with friends again. This time, instead of drinking, you decide to order fish and chips for dinner. Unfortunately, something is wrong with the way that the fish was prepared, and you wind up getting sick to your stomach. Later, when your supervisor calls you and demands that you come into work immediately for an emergency shift, you are still in the bathroom, feeling terrible.

You believe that if you show up to work in this state, you pose a danger to yourself or others at the railroad. So, you tell your supervisor the truth: You have food poisoning, and you do not feel as though you can safely come to work. You apologize. Your supervisor pushes back, and you state: “I am reporting a hazardous safety condition. I cannot come to work ill. I’m sorry.”

And the next day, you are fired.

Same reason: Excessive absences, culminating in the absence on the night you went to the bar.

Could you report this incident to OSHA, as a violation of the FRSA? Were you discriminated/retaliated against for a “protected activity”—in this case, reporting the “hazardous safety condition” that was your illness?

The answer to both questions: Again, yes. You may have a claim.

As it turns out, the ARB also tackled a strikingly similar question on March 31st, 2021, in a case called Nicholas Ingrodi v. CSX Transportation Inc. In that instance, Mr. Ingrodi was fired after a series of absences, culminating in his calling out of work due to food poisoning. During his hearing, his girlfriend testified that Mr. Ingrodi was incapable of driving himself to the hospital, “so I don’t think [he could] come in and operate a train or have anybody else’s, you know, life in his hands.”

The ARB took the opportunity to extend their decision from Mr. Cieslicki’s intoxication scenario. It held that “an employee impaired by an illness can create a hazardous safety or security condition under FRSA. Depending on the circumstances of the particular case, a worker impaired by illness, like a worker impaired by alcohol or like a faulty or unsafe piece of equipment or line of track, could present a danger or threat of serious harm or injury to the worker, to his or her colleagues, and to the public.” The ARB went on to say that “to hold otherwise could implicitly incentivize impaired employees to work despite the risk of causing great harm or injury to themselves or those around them, for fear of discipline.” The ARB concluded that “reporting, or refusing to work because of, a personal, non-work related illness may constitute protected activity under Section 20109(b)(1) of the FRSA.”

Another caveat: Mr. Ingrodi’s food poisoning claims were suspicious, so the court sent the case back down to the OALJ to retry his claim. The important takeaway is that the railroad could still have a defense if there is reason to believe that you are faking your illness in order to avoid work.

The ARB has effectively extended the FRSA’s definition of “Hazardous Safety Conditions” beyond workplace hazards. It now can include the non-work-related condition of employees, including sickness, legal intoxication, and other such personal impairment. And the boundaries appear to only be stretching further.

In short: Reporting any of these personal impairment conditions likely cannot be used to discipline a railroad worker under the FRSA.

However, in order to preserve a claim under the FRSA, we want to call your attention to a few important tips.

As always, if you believe you may have a claim, we urge you to contact our experienced, dedicated Railroad Injury attorneys as soon as possible to help you analyze your claim and potentially file a complaint.

As reported by various sources, Schlichter Bogard & Denton on May 16, 2022 filed suit…